The Right Kind Of Old-Fashioned 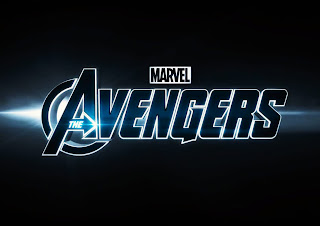 There has been an overabundance of superhero movies within the last few years, most of them proving fairly mediocre. Like many moviegoers, I've gotten tired of constant retreads of these comic book characters. In some ways, this can be interpreted as a hypocritical statement on my part, as I also believe that in today's current society, such escapism is warranted, if not essential. However, most of them are forgettable entries into the comic folklore and such fan-boyish entertainment has done little for me. The Avengers provides a wonderful exception to the rule.
This film combines characters and plot points from several franchises, including Iron Man, Captain America, Thor and The Incredible Hulk, adding up to a sort-of superhero on steroids kind of approach, with everything but the kitchen sink thrown in, all with the goal of entertaining it's intended audience.
I confess that I was underwhelmed by Thor(2011) and Iron Man 2(2010) and thought the premise sounded like mission impossible for screenwriter Whedon, veteran of several cult television series and a specialist in ensemble-based films. With much trepidation, I approached this film, and am happy to report that it was a huge success. In today's cinematic world with growing ticket prices and general mediocrity, this is one film that is well worth the ticket price it costs to enter. 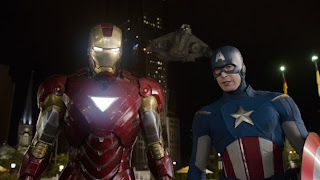 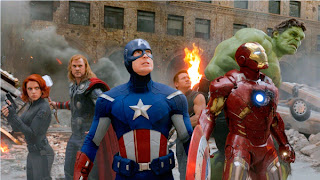 The plot is simple: Loki(Tom Hiddleston), brother of Thor(Chris Hemsworth) steals a secret government weapon that allows him to open a portal to his world, where he plans on unleashing an evil army upon the earth. This causes earth's defense force, S.H.I.E.L.D. led by Nick Fury(Samuel L. Jackson) to recruit several extraordinary characters including Iron Man, Tony Stark(Robert Downey Jr.), Thor, Captain America(Chris Evans) and Bruce Banner, also known as the Incredible Hulk(Mark Ruffalo). In many ways, the film resembles a "let's get the gang together" sort of pic, complete with the necessary bickering and disagreements and setbacks, before the inevitable final confrontation takes place in New York and everybody gets an opportunity to show off his/her skills in combat and work as a team. 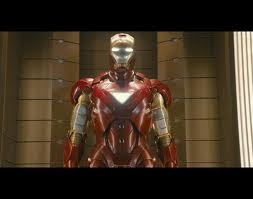 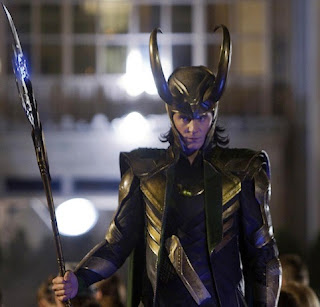 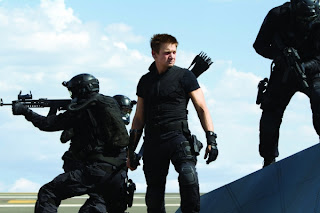 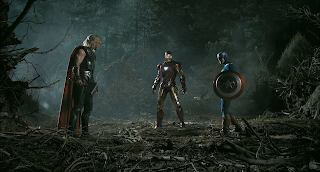 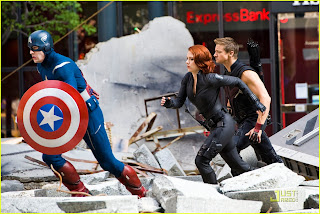 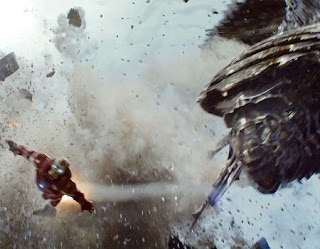 The Avengers is an exceptional action vehicle, offering up loads of entertainment and better characters than many of the previous solo installments could muster. This is particularly the case with Thor and Loki, who are far better realized in this film than in their solo film. Hemsworth is much better suited to an ensemble, as a little goes a long way, and his fight sequence with the Incredible Hulk is particularly exciting.
Hiddleston makes for a worthy villain and is more developed than he was in the previous picture, actually crafting a much more malevolent and menacing performance in the process. His addition of subtle humor and quiet menace makes him the most notable comic villain since Heath Ledger's Joker from The Dark Knight(2008).
Likewise, Johansson as a character called "Black Widow" is better suited to this film than she was in Iron Man 2, where her character brought very little, other than sex appeal. It's not that she is a great actress, but her character is more interesting, complete with a back story and this is probably the sexiest role that the lust-worthy actress has received.
Jackson is Nick Fury, a calculating, relaxed hero, always seeming at home in the action. He's a great leader character and a nice tie with the rest of the series and has always been a pleasant addition to this series. He's also joined by Colby Smulders(Robin from How I Met Your Mother!) and a new addition, acclaimed actor, Jeremy Renner, who appears as the bow and arrow-toting, Hawkeye, in a turn that really surprised me. It's not a terribly showy role, but a fun one and it's clear that the Oscar-nominated actor is enjoying himself, especially as he picks off alien fighters in the film's climax.
Robert Downey Jr. brings much of the same cocky charisma that has made him famous as Tony Stark, sporting a Black Sabbath t-shirt(the Never Say Die! tour?!) and providing a great deal of the humor. Of all the superhero actors, he's the least dispensable, as he is largely playing himself, albeit to perfection.
Chris Evans forms the heart of the movie, his Captain America being the kind of hero and leader that we need today. He's a decent man who has no gray area and fights for what's right. Early in the film, he questions his costume's relevancy and is reminded that it's the kind of old-fashioned that people need today, sentiment that probably encapsulates the entire experience of the film. His struggles throughout the picture and his relation to modern society(he was frozen since the close of World War Two) makes him the most compelling character.
However, the most popular character may be the Hulk, who was previously seen in two other Marvel films, including the Ang-Lee fiasco of 2003 and the forgettable 2008 film with Edward Norton. Ruffalo is a delight as Bruce Banner/Hulk bringing a sly sense of humor to his character and a fearsome brutality that makes his Hulk come to life that never before. No question, this is the best interpretation of the character yet seen, and his appearance on screen, elicited delight from the audience I viewed this with.
The pace of the film(which runs nearly two and a half hours) is superbly handled by Whedon and rarely falters, providing enough action and interesting character interaction to make for what is the most enjoyable popcorn flick in many ages. It's still undecided, whether or not this will remain the best of it's type this year, as the much-anticipated, The Dark Knight Rises, has yet to be released, but for now, this is the film. It also happens to be one of the finest comic book movies from any era, no matter the year. 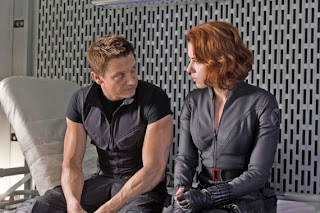 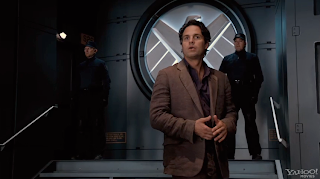 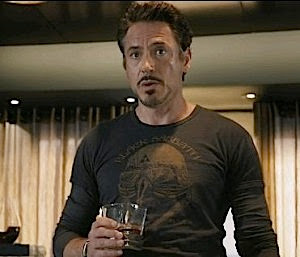 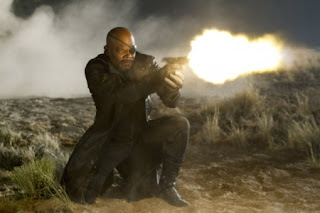 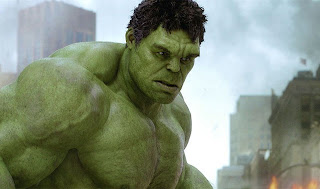 The Avengers is not meant to make any great societal or cultural statements. It's main objective is to entertain and here, it succeeds, admirably. Despite, the constant stream of similar films, this one rises above thanks to an exciting script and engaging characters, the hallmarks of any good piece of entertainment. For monster kids and sci-fi buffs, it's a pure delight with real heroes, a good villain, neat monsters,  a few sexy women, great humor and terrific action. You may not learn a whole lot, but you'll have a good time, nonetheless. 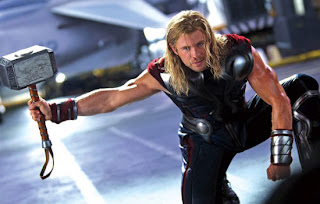 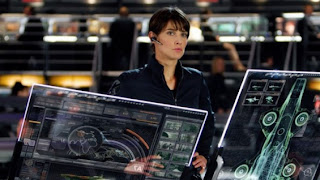 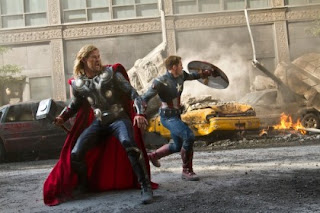 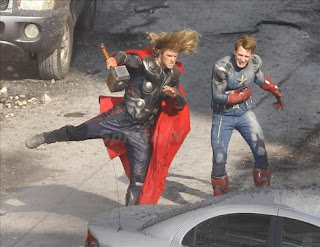 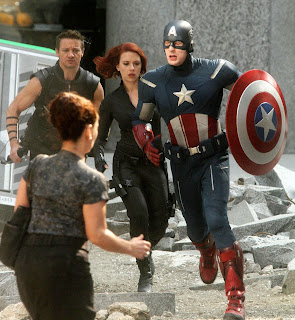 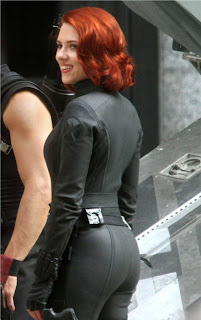 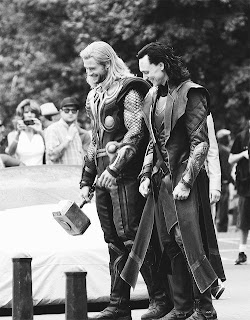 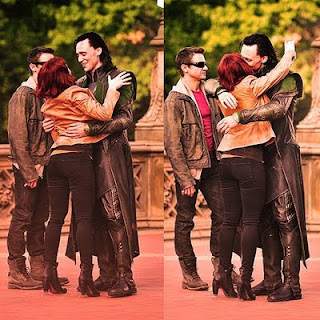 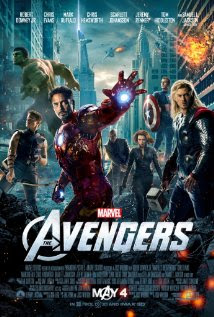