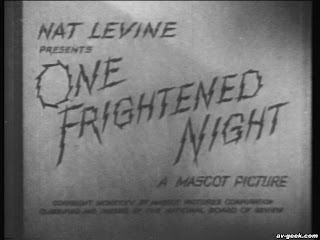 A genuine cinemtic dinosaur in today's film age has to be the old dark house genre, which unfortunately for me, I'm awfully fond of. These creaky thrillers were highly popular throughout the 20s and 30s, originating from stageplays and vaudeville circuits. Several classics were made in this genre including The Cat and the Canary(1927), The Bat(1926) and The Old Dark House(1932). Most of these films are very outdated by today's standards and most in this genre have lapsed into obscurity.
Fortunately, budget DVD sets, like those released by Millcreek Entertainment, contain many of these forgotten gems, One Frightened Night, being one of my favorites. 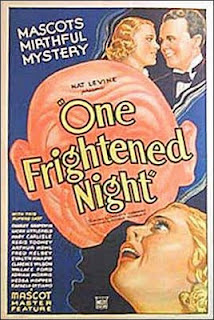 One Frightened Night contains many of the familiar trappings of this kind of film: a stormy night, a spooky mansion, a collection of assorted snobs and a mystery. The difference is that there are spurts of genuine cinematic ingenuity, including a wonderful opening credit sequence that makes this film look much better than its low budget origins suggest.
The plot follows an old millionaire(Charely Grapewin, who was also the doddering grandfather in The Grapes of Wrath(1940) who is about the most cantankerous and disagreeable old coot one could ever hope to run across.He is surrounded by a bunch of "stuffed shirt" types including a playboy nephew(Regis Toomey), his personal doctor(Lucien Littlefield), a gambler in debt(Arthur Proctor) and his nagging wife(Helda Hopper). Of course, there's also a glowering old maid(Rafaela Ottiano) on hand to look menacing. Each of them are offered one million dollars in case he dies, but he threatens to give it all away to his long lost granddaughter, which of course, just happens to arrive that night, along with his lawyer(Clarence Wilson) who was also part of that will. Predictably, she is poisoned and another woman arrives claiming to be the granddaughter, turning out to be the real one. She's played by Mary Carlisle, and is accompanied by vaudeville magician, Wallace Ford, who provides comic relief. 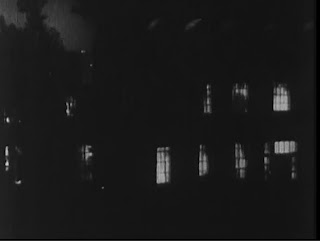 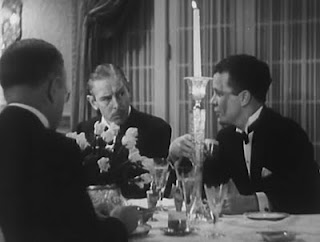 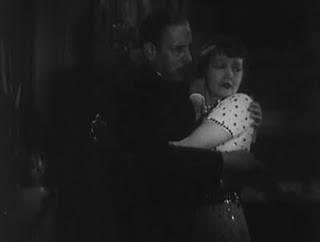 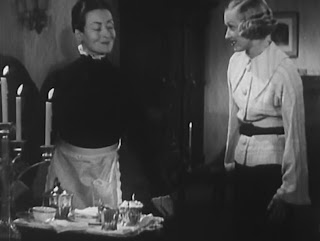 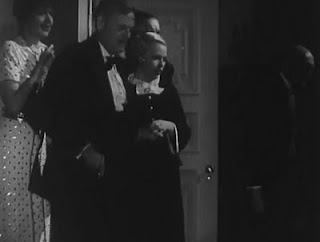 The film turns into a who-done-it, as two inept detectives arrive to solve the case(including genre regular, Fred Kelsey) and soon people are running around, disappearing behind secret panels and encountering a grotesque masked fiend. In the end, it is revealed to be the doctor and everything is fine for everybody for whatever reason, as the nephew and the granddaughter also manage a relationship through this ordeal. Wallace Ford gets his hands in a pair of handcuffs and can't escape. Some magician. 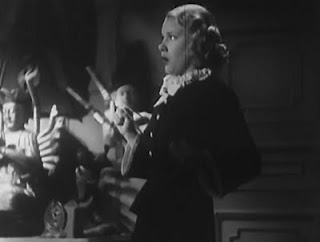 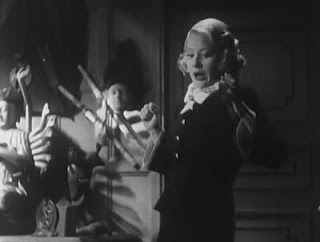 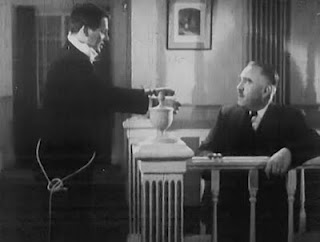 One Frightened Night is not a great film, or any forgotten classic by any stretch, but is a fairly enjoyable time waster, which i'm sure it was always intended to be. It's a fairly well-paced film, with some effective directorial flourishes(my favorite being a clever zoom-in of the masked killer as a frightened detective gives chase to the fiend toward the conclusion.) The comedy is not as obtrusive as it could be in these things, and Grapewin is a delight as the old curmudgeon, becoming genuinely loveable in the process. Wallace Ford is almost always a delight and he fits in well with the surroundings, providing similiar service to this film like he did in The Rogue's Tavern(1936), which was also an old dark house thriller. Mary Carlisle is pretty and spunky as the heroine, more entertaining than other wallflower characters that frequently populate this genre.
It's not a film likely to see revival anytime soon, but for those that have a taste for these creaky old thrillers, this may prove to be of marginal interest. Old-time mystery and horror fans should take note. 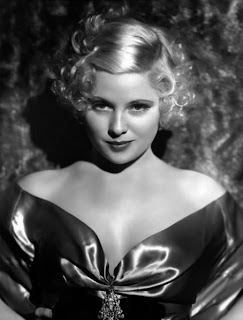