"That's All There Is To Life, Friends - A Little Laughter...A Little Tear" 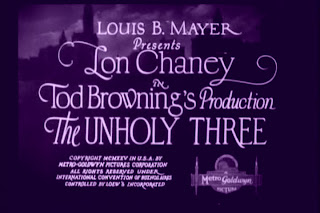 A personal favorite of mine and a breakthrough picture for Lon Chaney, who had achieved superstardom by this point and had now found  fruition with Tod Browning, who would serve as Chaney's finest collaborator. Browning and Chaney had worked with each other before on films like the crime drama, Outside The Law(1921), but really found their niche here, dwelving into the world of the sideshow and the circus. Browning had an affection for the big top, having run away to join it as a boy and Chaney certainly enjoyed the flamboyance and showmanship, after years in vaudeville and on the stage. The Unholy Three was a perfect vehicle for the actor and the director and would become one of their biggest hits. Based off of the Tod Robbins novel, who also wrote a story entitled, Spurs, which would become the basis for Tod Browning's most shocking effort, Freaks(1932), The Unholy Three would also be remade in 1930 and was fated to be Chaney's only talking picture. 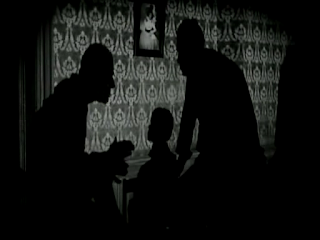 The film revolves around a group of carnival workers that include Echo(Lon Chaney) a ventriloquist, a strong man, Hercules(Victor Mclaglen) and a midget, Tweedledee(Harry Earles) who all conspire to become professional jewel thieves. They put up a front with a pet store, where Echo dresses as an old lady, and Earles posing as a baby. Mclaglen is the son in law and Chaney's beautiful pickpocket, Rosie(Mae Busch) is also on hand. She falls for a nerdy co-worker, Hector(Matt Moore) and this makes Echo jealous. Echo is the mastermind and detests using violence, which the homicidal Tweedledee relishes. On Christmas Eve, against Echo's wishes, Tweedledee and Hercules sneak out and rob a millionaire and are forced to kill him, along with his young child(photographs suggest that Tweedledee actually strangled the child, but this scene has been lost from current prints). The group go on the run, taking Rosie along, despite her recent engagement to Hector, who becomes the fall guy for the group's crimes. They all take refuge at a cabin in the woods and Echo has a change of heart. deciding to turn himself in to the police. Hercules and Tweedledee want to kill him and Rosie, but end up fighting each other. An ape has been brought along(!) by Echo from the circus and kills Hercules, after he strangles the midget. Echo is set free and returns to the carnival for one of my all-time favorite motion picture endings. Rosie wishes to join Echo as she had promised him earlier in the film, but Echo knows she will find true happiness with Hector, and lets her go. Echo is left all alone and waves with his dummy, his familiar phrase, "Goodbye, pal" as she runs away in tears. Echo, all alone, cries into his dummy as a crowd arrives for the next show. 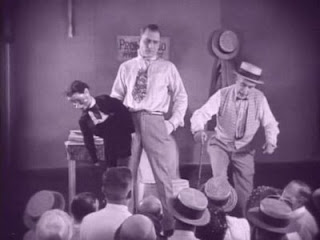 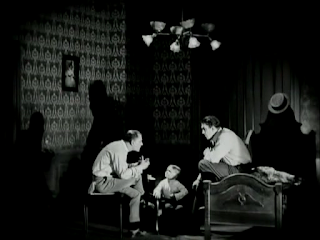 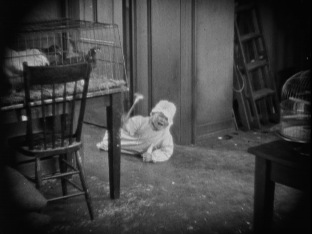 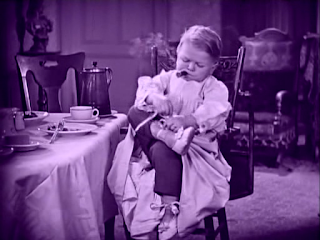 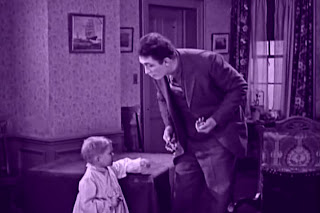 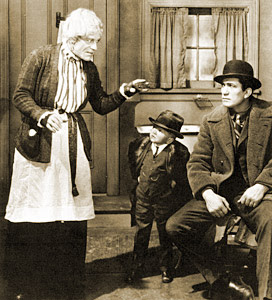 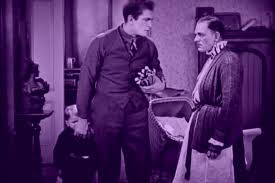 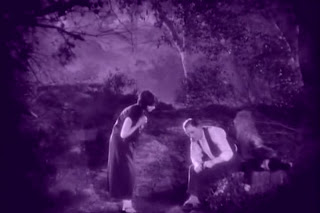 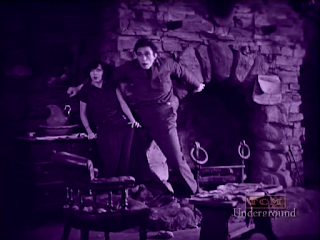 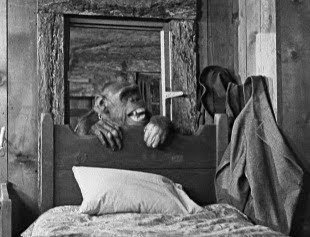 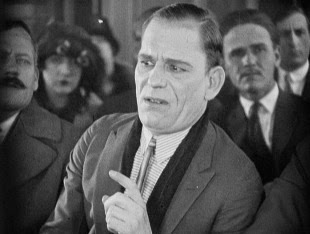 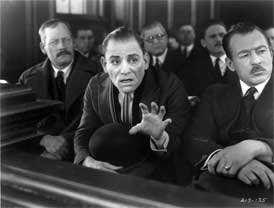 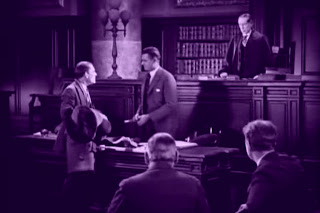 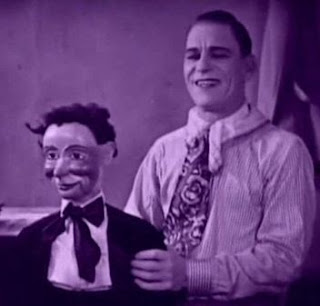 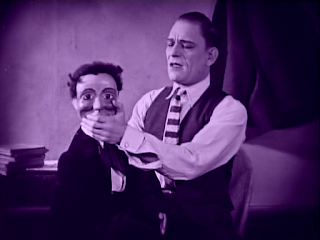 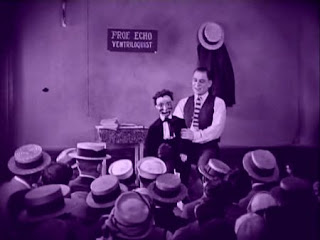 The Unholy Three is one of Lon Chaney's finest films and one of the most enjoyable movies to come out of the silent era. It contains enough thrills and suspense to please the horror and mystery buffs who will undoubtably be drawn to this and a healthy dose of humor and sentiment that sets it apart from many contemporary melodramas. Chaney is, as usual, dynamic in the part of Echo, providing a gruffness and gritty attitude that really makes his criminal side believable. He's able to make his old lady impersonation work far better than it should have and it's doubtful that anyone else could have been more effective with such a part. His softer and more emotional segments, as he contemplates sending an innocent man to prison and his own path of crime, serve as the dramatic anchor to the entire film. 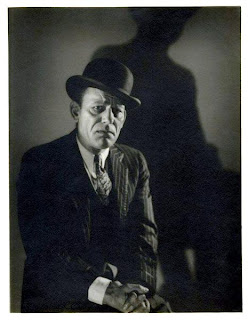 He is supported by a good cast of characters, including a pre-John Ford Victor Mclaglen, who creates a brutal character out of Hercules, the strong man, a lecherous and menacing character controlled by Harry Earles as Tweedledee, whose comical name hides one of silent cinema's most disturbing and psychotic villains. His introduction shows him fuming at a heckling crowd of spectators as he is introduced at the carnival. A young child points and laughs at him, prompting him to kick in the kid's face, making the child all bloody and provoking a riot! Where Earles was all sympathy as the victimized Hans in Freaks(1932), here is a true monster. He would repeat the role in the 1930 remake, though unfortunately, Mclaglen would not, as he was on his way to becoming one of Hollywood's favorite character actors. Mae Busch, often seen as comic foil to Laurel and Hardy, plays the role of Rosie quite well, even against type, Her and Chaney have a rapport with one another and they're scene with each other at film's close is probably the best moment of the picture. It's a pity that she also did not return for the sound remake. 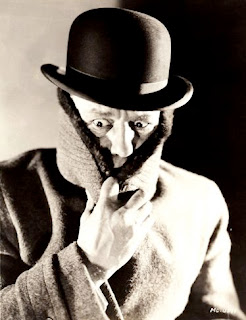 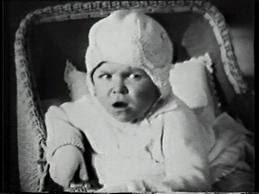 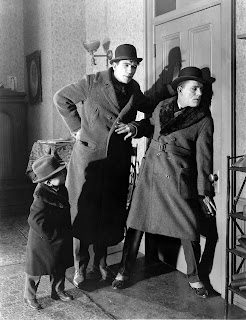 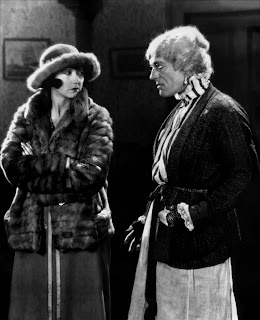 Browning's direction is atmospheric and well paced and he has some effective scenes, particularly a suspenseful segment involving hidden jewels in a toy elephant and a nosy police inspector. It's a quickly moving film and not burdened by too many unneccesary subplots and characters that would hinder the action. Of all the Browning and Chaney collaborations, it's probably the funnest of the lot and the lightest, though anything would appear lighter when compared to such films as The Unknown(1927) and West of Zanzibar(1928)! 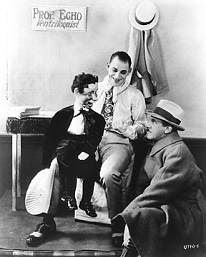 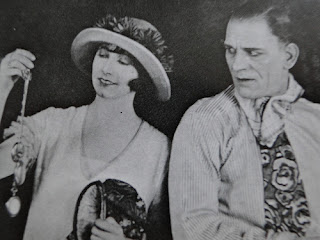 The Unholy Three is a forgotten classic, that has happily achieved a DVD release through Warnerarchive.com. It has always been one of my favorite movies, providing for one of the man of a thousand face's most curious and affecting performances, complete with one of his most touching endings. If you haven't seen this one yet, do yourself a favor and seek it out. I never understood exactly why this one fascinated me so much, but maybe it's just because of that certain magic that only Lon Chaney can deliver. His roles reflect life and that's what all good artists should attempt to relate to their intended audience. Chaney's quote in the film about life and about laughter and tears, sums up this world view beautifully.